In Truck That Australia June 2018 Rod talks about his progress on the mapping of parking bays with informal ones and the subsequent overlay of fatigue crashes. New roadhouseHe also speaks with local identity Leigh Campbell about his campaign for a new roadhouse, weighbridge and truck parking area in Wagga Wagga.

Rod also talks about a new mission that the drivers club has embarked on with the fines being issued for dropping a wheel over the white line when it comes to the safety camera. Drivers are being fined a considerable amount plus points for this seemingly innocent mistake with authorities touting attempted avoidance of the safety camera. Blind Freddie can see that you can’t avoid the cameras yet this draconian fine is for exactly that. The drivers club are going to embark on a campaign in an attempt to get this particular one reviewed or if possible removed. We don’t know how far we can go or if it will be done but it seems quite ludicrous to have this in place.

As our industry sees an unsustainable exodus of older, disillusioned drivers and tragically owners, one ponders the question, How can we as an industry encourage new drivers into our industry with this kind of ridiculous fine in place? Why would anyone want to drive trucks for a living?

Rod Hannifey has spent most of his truck driving career as a road safety evangelist and advocate for safety within the Australian road transport industry. He is an accomplished and respected columnist and has been an adviser to Industry and government on many projects. He also pilots the distinctive Truckright Industry Vehicle which is a K200 Kenworth in B’Double configuration. 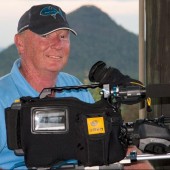